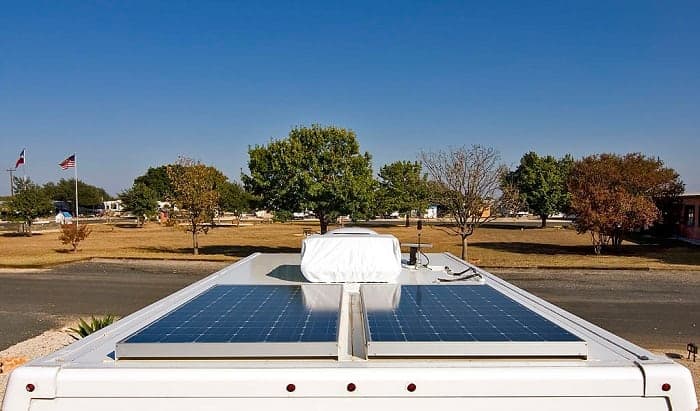 With all solar panels, power is gauged in watts. Nonetheless, how do you convert watts to amps? How many amps does a 200 watt solar panel produce? The calculation formula goes like this: watts divided by volts = amps.

Also known as Ah for short, amperage is one of the most valuable numbers you need to consider when picking a solar panel. It refers to the number of amps that something utilizes per hour. For instance, if you have a device specified as 3AH, you need to provide it with 3 AH of power if you plan to operate it for one hour.

For example, if you had a solar panel marked six amps; it would produce six amps of power. This is approximately for every hour that it is exposed to direct sunlight.

200 Watt Solar Panel How Many Amps 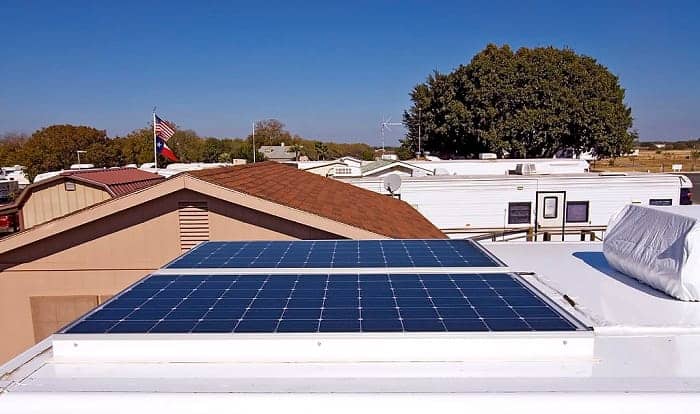 Please note that the solar panel won’t be generating this power steadily all through the day. In the end, the solar panel can only produce power if it’s exposed to direct sunlight.

More or less, most areas should obtain six hours of sunlight each day. This means that you could anticipate a 200W solar panel to generate roughly 60 up to 70 amps of power each day.

As the day goes on and the sun begins to set, for instance, beyond those six hours, the number of amps that your 200W solar panel generates would begin to dwindle.

You can lose the power that the panel generates if you don’t use it to run something in your recreational vehicle or charge the batteries. Furthermore, a solar panel can’t store energy unless it’s attached to a battery.

Thus, if you don’t have a battery and utilize ten amps of power each day, you would lose your 60 amps. The moment the sun sets, you won’t have the power to consume at all.

For this reason, if you intend to purchase a 200W solar panel, it’s a must to buy a battery at the same time. Otherwise, having only a solar panel is unproductive. In short, you would only be wasting a generous amount of power, in which case you might as well utilize a generator.

To learn more about 200-watt solar panels and some load computations, you may check out this video:

The truth is, it is difficult to forecast precisely the amount of amps a 200W solar panel could generate each day. Please consider that while the average might be ten up to twelve amps for each hour, it won’t be steady.

Fundamentally, the primary factor would often be the amount of sunlight your solar panel is being exposed to. If it is sunny, then you could anticipate that the solar panel can hit the peak amount of amps produced per hour.

Even so, if it begins to get slightly gloomy, or the solar panel is in a shady area, you could anticipate that the number of amps would drop rather instantly. Not to mention, a few of the cheaper solar panel options tend to be less efficient in terms of producing power.

Meanwhile, costly solar panel models utilize more advanced technology, so they’re more reliable in generating power. This means that they might be capable of producing more power than models producing 12-amps per hour.

It’s essential to go over the solar panel’s specification so that you can determine precisely how many amps is 200 watts panel generating or how much you could anticipate it to produce.

Please note that it’s fundamental to overestimate the amount of power you consume because there would be a time when you’re not generating as much power.

How Many 200W Solar Panels Do You Need 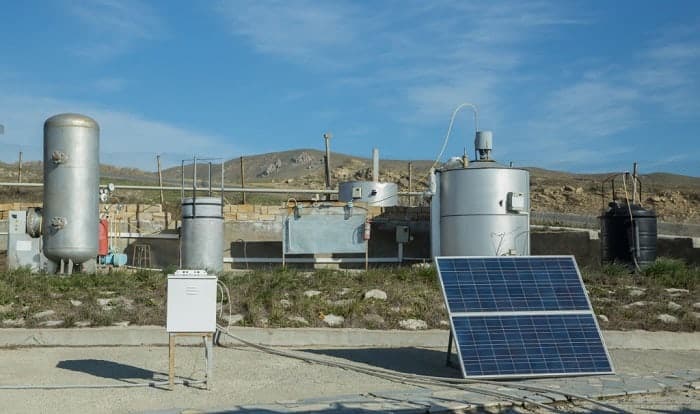 A 200W solar panel kit is evaluated to generate 200 watts of power. Regardless, the actual power output you observe from your solar panels relies on several factors, such as shading, geographic location, and the tilt of your panels.

200W solar panel kits are generally two 100W solar panels sold together to generate 200W of power. Note that 200W is a bit below what’s deemed “standard” in the residential solar panel market.

So, you can expect that such a panel kit would generate less power than most residential panel models. The number of solar panels you’ll need to set up depends on the space available for the panels and the amount of electricity you prefer to produce.

For example, ten 200W solar panels will generate around 3000 kWh a year and take up about 160 square feet of space.

Factors That Could Limit Amp Production

Examine your solar panels to ensure that it is free from anything that impedes amp production. Studies revealed that if you reside in a location with less rain, you can lose roughly 20 percent of efficiency from the solar panels. This is because there won’t be natural cleaning for your panels.

Chiefly, even the sparse amount of dust could have an impact on the solar panel’s efficiency. Hence, you must ensure that the panels are free from any filth, residues, or anything that could disrupt potential energy generation, boosting your amp production.

Are 200-watt Solar Panel Kits Suitable for My Solar Installation

If you are searching to boost your energy savings, a 200W solar panel isn’t sufficient to accomplish the job outstandingly. It is crucial to opt for standard and above panel options, such as 250W+ if you wish to cover almost or all of your energy requirements.

What power ratings should you search for in solar panels? The answer to this question will primarily bank on the details of your project. If you have a suitable roof for solar, adequate space for solar assembly or a ground-mounted system, panels with standard wattages and efficiencies might satisfy your requirements.

Aside from these, if you prefer to set up fewer panels overall or have insufficient roof space, panels with higher efficiencies and wattages are better options. These alternatives are commonly pricier at the start. Nevertheless, they’ll allow you to produce as much energy as possible and save more bucks on your energy costs for more or less 25 years.

If you prefer to start examining solar alternatives with an instant estimate on what they can save you, you can refer to a solar panel calculator 12V or 24V. Alternatively, if you have preferences on solar equipment, consider listing them in your account so that solar installers could give you a precise quote.

Remember that most solar panels set up on residences or workplaces nowadays are between 250 and 365W per panel. Further, solar panels below and above that range are also ready for use. In addition, there are many types of solar panels designed specifically for camping and RVs. can be mentioned as solar panels for vans, flexible solar panels, and foldable solar panels.

To determine if a 200 W solar panel is suitable for you, you must understand the alternatives and how much power 200W panels can generate.

How many amps does a 200 watt solar panel produce? Under ideal conditions, a 200W solar panel would generate roughly ten up to twelve amps of power per hour. You could consume some of this power and store some of it if you connected the panel to a battery.

Here are a few things you need to remember: